Oh hello out there!   I guess I haven’t been around much lately here at the blog; I’ve been a little…busy.  I’ve been spending a lot of time recently…honing my engineering skills…solving difficult challenges…trying just a little harder to come up with the optimal design…I know I need to take some time off to get this blog article written, but it seems there’s always one more tweak that might improve the situation…I’ve got something important that I’m almost done with.

By the way, have you ever tried the Truss Me! app?

Not since my college days have I spent so much time or had such a good time playing a game.  Of course in those days it was pinball, on which I would waste hours and hours and hours every day.  Some of the machines I got pretty good at, and was able to win a free game more than my share of the time.  Other machines I wasn’t very good at, but I played anyway due to the fact that there was some electromechanical defect that would cause them to give me free games even when my score didn’t merit it (for a student on a strict budget, playing for hours on one quarter was cheap entertainment at its best).  Other machines I never did get the better of, with most of the games brought to a quick end with the familiar “Tilt!  #@$&%*”. 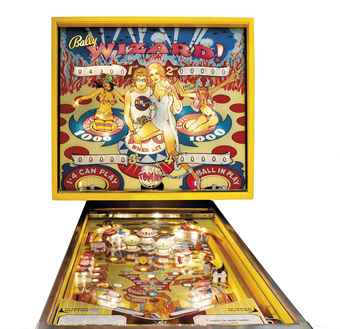 I justified the time and money I spent on this activity as being important to my technical education.  Calculating the gravitational acceleration of the ball as it rolled down the sloped tabletop; watching the kinetic energy being converted into potential energy and then back again into kinetic energy as the ball bounced off the spring-loaded bumper; projecting the trajectory of the ball following its elastic collision with the well-timed flipper were great preparation for a career in engineering.  Maybe it was just an addiction, but maybe something else.  Just as at many SEC universities future pro football players spend hours prepping on the practice field and in the weight room, at MIT the world’s future engineering leaders were just as diligently devoted to the pinball parlor.

But then we received our degrees, got jobs, and no longer had time or interest for such pursuits.  As a national pastime, pinball faded from the scene and was soon replaced and surpassed by video games.  But for whatever reason, no video game ever captured my imagination, or my time, the way pinball machines could…until last week.

I was making my rounds as usual, pitching the benefits of CloudCalc, you know, the “Structural Analysis in the Cloud”, when I heard about the Truss Me! app.  “You think you have the only structural analysis program that operates in the cloud?  You’ve got to check out Truss Me!, this structural engineering app that runs on an iPad”, I was told.

So I downloaded the app and checked it out.  A structural engineering app that runs on the iPad?  Well, not quite a fully featured structural steel analysis package, but…what Truss Me! does do is let the user build a truss in any configuration and then accurately simulate its response under load.  And by “accurately”, I mean it does a complete job, combining static analysis, non-linear behavior (sub-yield behavior turning into plasticity), buckling, and kinematics to show exactly how, when, and why the truss fails.  So your truss can fail in a dainty fashion (with the gentle plastic elongation of a tension rod) or spectacularly – as all of your roller supports converge upon each other in a mighty collision.

The cool thing is that this plays like a game (and, like many of the pinball machines I knew in college, lets me play over and over again for my original investment of $1.99).  Truss Me! has two “play” modes – Freestyle (where one can build whatever truss arrangement that fancy dictates) and Challenges mode, where the user is assigned specific tasks to complete (i.e. support pre-assigned loads against pre-assigned restraint configurations).  Like any good game, Challenges mode can be played competitively.  The more efficient the functioning design (as defined by minimizing total truss weight), the higher the score earned.  When playing solo, the goal is to score high enough to win achievement badges – up to three “Golden Nuts” – for scoring highly on each task.  When playing among friends, the goal is simpler: just beat everyone else.

Beat that!  3 Golden Nuts on the first try!

I worked and worked, improving my design, and finally achieved a breakthrough: two Golden Nuts.  I haven’t felt that much achievement since the day I posted the high score on the Bally Monte Carlo machine!

Victory is mine…and after only a few tries

I had to know more about the origins of Truss Me! – whose was the diabolical mind that came up with an app that was little more than an engineering exam disguised as an addictive game?  So I contacted Truss Me!’s creator, Dr. Julian Rimoli, who in real life is a professor at Georgia Institute of Technology’s School of Aerospace Engineering

Dr. Rimoli told me that he developed the app in his spare time as a teaching aid for his classes.  Since then it has spread like wildfire among students in other engineering schools, future engineers in high school and middle school, students taking part in those balsa wood bridge construction contests, and maybe even a few toddlers who are hoping to get a leg up in the Tinkertoy competitions at their preschools.

“Like wildfire…” I asked.  “And how many users would that be?”

“55,000, since last year,” replied Dr. Rimoli.  “And those are just the legal copies.  Occasionally a few offshore sites post illegal download links and the usage really jumps.  But legitimately, through the App and Android Stores, I can only claim 55,000 downloads.”

“55,000 users,” I thought. “I’m sure some of those people are approaching three Golden Nuts on Challenge #2 right now.  Time’s-a-wasting for me.” 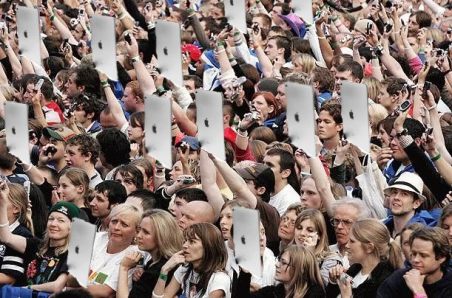 “And the most interesting thing,” continued Dr. Rimoli, “is that I’m getting a lot of interest from architects who would like to use the app as a legitimate design tool prior to engaging the structural engineer.  So the potential market is much bigger than just as an educational tool.”

“And now architects?” I thought.  “How many more of these people are going to be challenging me for top score on the Challenges?”

“Even though Truss Me! is just a baby CloudCalc, it has really found a nice niche in the marketplace,” he said.

“Wait, a ‘Baby CloudCalc’?  I like that choice of words,” I thought.  “That means CloudCalc, is stronger, wiser, more mature, more accomplished…maybe we can get a slogan out of this, or Dr. Rimoli will give us a celebrity endorsement.“

The chat made me feel quite optimistic about the future.  At that moment, there were 55,000 future structural engineers spending their spare moments finding ways to more efficiently design the structures of tomorrow.  Alternatively, there were 55,000 prospects who might soon ‘graduate’ from Truss Me! to CloudCalc.  But then again, wait — 55,000 opponents were at that moment trying to deny me my rightful spot at the top of the Truss Me! Challenge High Score Honor Roll.

“Sorry, I’ve got to go”, I told Dr. Rimoli as I hung up.  “I’ve got something important that I’m almost done with.”

Flat broke?  Register for CloudCalc – the “grown up” TrussMe!, the scalable, collaborative, cloud-based engineering software.  www.cloudcalc.com – Structural Analysis in the Cloud.  And still yours to use at no cost!