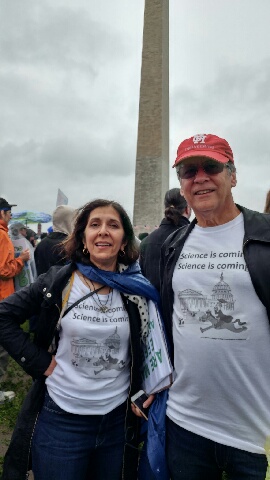 According to organizers, the idea behind the march (or actually the marches, as satellite marches were held in more than 600 locations around the world) was to “demonstrate support for science and the fundamental role it plays in serving and improving society through informed policy”.  Other goals were to “hold our leaders in society and science accountable to the highest standards of honesty, integrity and fairness”, and to “work to bring science and the benefits of scientific research to those who need it most”. END_OF_DOCUMENT_TOKEN_TO_BE_REPLACED