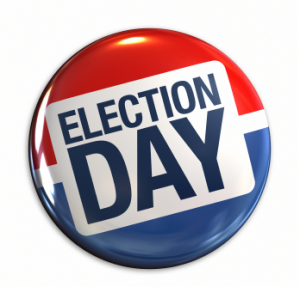 It’s Election Day – Get out and Vote!
Even if you Can’t Find an Engineer

Today is Election Day in the United States, time for all of us to do our civic duty and get out and vote.

Unfortunately, this poses a real challenge to my mission of bringing an engineering slant to all of my blog posts — because even though engineers have a major impact on modern societies, Election Day seems to be the one day of the year when we disappear.  Looking over my ballot in Texas, searching for engineers, I found umpteen lawyers, the requisite number of ranchers (it is Texas after all), a sports talk show host, a pharmacist, an insurance salesman, a dentist…

Analysis of the current US Congress shows that the engineering population is woefully underrepresented in the federal government, registering between 1 and 2%, depending on which count one takes (11 of the 535 members of the combined houses of congress have some sort of engineering degree, but only 6 self-report their profession as “engineer”).  Surprisingly, of those 11 with engineering degrees, only three serve on the House Committee on Science, Space and Technology.  Considering the impact that US law has on technological development in this country, wouldn’t it make more sense to have an engineer regulating the internet, than someone like ex-Senator Ted Stevens, who believed that the internet was “a series of tubes”?

Engineers have not fared much better in the past in US politics.  Only one US President – Herbert Hoover — was educated as an engineer (although Jimmy Carter worked as a nuclear engineer for many years following his graduation from the US Naval Academy).  Both of these men led less successful presidencies, suffering defeat after serving a single term, having achieved distinction for leaving their country in much worse shape economically than how they had inherited it.  Maybe those legacies scared off subsequent engineers from following in their political footsteps? 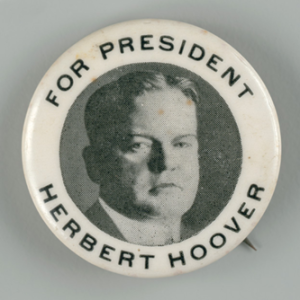 The lack of engineers in politics is not just endemic to the United States, but seems to be inherent to democracies worldwide.  There are some countries where engineers can and do reach the pinnacle of political power, but they tend to be the less democratic, more centralized nations, such as China, where President Xi Jinping, as well as the previous two presidents, have all been engineers.

So why are there so few engineers in politics in the US and other democratic countries?  I have heard a few explanations.  There is the idea that engineers believe too much in analysis providing a “right and wrong” answer, and thus are not good at the key elements of politics – negotiation and compromise.  Likewise many believe that professions other than engineering, such as law or business, benefit much more from Washington networking, while engineers, if anything, damage their careers by taking time off for public service.  And some say that engineers tend to have dry personalities, which is the antithesis of what is required in a career where one has to charismatically woo the public in order to succeed.  Or maybe it’s because engineers are too involved in their own projects to worry about the greater good.  Whatever the reason, it seems we would all benefit if our political leadership included more people who were used to approaching problem solving in a logical, scientific way.

Until more engineers step forward to serve this country, we may have to look elsewhere to get our inspiration.  So with that I would like to congratulate Filipe Nyusi, a mechanical engineer, elected last month to the presidency of Mozambique.  May he have success in moving his country forward.

Running for election?  Odds are you won’t need CloudCalc, because you’re probably not an engineer.  But if you are an engineer, doing anything else an engineer does, give it a try.  www.cloudcalc.com – Structural Analysis on the Cloud.

2 thoughts on “It’s Election Day: Where are the Engineers?”