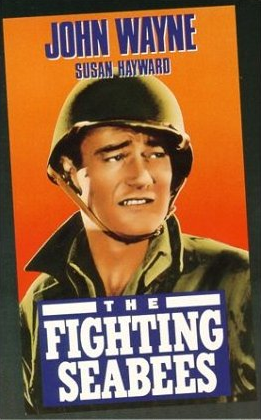 Today is Veterans Day in the United States and many other countries, a day for all to thank those who have served their countries during times of war.  Veterans can be found in every walk of life, every profession – but there are a few professions that are a little different, in that they are professions born of war.  One of those professions is engineering.

Earlier this year I was in Israel, visiting King Herod’s palace on top of the mountain at Masada, the site of the mass suicide of the Jewish Sicarii rebels in 73 BC.  Visitors are invited to admire this engineering marvel, a palace constructed on top of a mountain, in the middle of desert, yet offering every luxury a king could want, including a hydraulic system that provided water not only sufficient to meet drinking needs, but also to provide for the obligatory baths that Roman society demanded, even in the most remote outposts of the empire.

I appreciated the engineering work that had gone into building this palace, but I found something outside the palace that impressed me even more — the remains of the Roman siege from nearly 2,000 years ago.  Looking down from Masada’s walls, I could see the remains of the army camp, the circumvallation walls, and most impressively, the massive ramp reaching from the plain below to the mountaintop above.  It was this ramp which the Roman army used to bring men and machines up to the point where they could breach Masada’s walls and suppress the rebellion.

What was most remarkable was, whereas King Herod had built his palace over many years, with all of the resources of a wealthy kingdom/province at his disposal, the Romans had built these structures very quickly – the ramp was completed within 2-3 months of their arrival – far from hospitable territory, and despite having minimal support infrastructure, or even resources such as food or water — and all the while being fired upon by the defenders.  How was this possible?

I learned it was all possible because of engineers — an integral component of all Roman armies were the engineers.  These engineers were well-trained in the art of “shaping the physical operating environment” (NATO’s description of “Military Engineering”).  They were experts in construction and destruction, and could rapidly and systematically build walls, bridges, and ramps — or just as rapidly and systematically undermine the same — as dictated by the needs of the various Roman campaigns.  And this was all done under extreme duress, as the engineers often were in the forefront, building the means by which the rest of the army ultimately followed.

As history advanced, the Roman model of the engineer attached to the armies became the standard, especially among the armies of the petty kingdoms of Medieval Europe.  With the constant warfare, there was always a need for people trained in the art of raising (and razing) castles.  In fact, the term “engineer” dates from this period (1325), referring to the person who built and operated “engines” (machines) of war, such as catapults, trebuchets, battering rams, and siege towers.  Of course with these war engines (and later artillery), there was typically an engineer not only on the giving side, but the receiving side, responsible for constructing fortifications that could resist these weapons.

The tradition of military engineers in the United States was born simultaneously with the country, as an Army Corps of Engineers was established during the Revolutionary War in order to provide mapping support and construction of fortifications for George Washington’s fight against the British.  In 1802 Thomas Jefferson authorized the Army Corps of Engineers to establish and operate a school at West Point (which eventually became the US Military Academy, the first college in the United States with an engineering-based curriculum).  Other schools followed suit and adopted similar engineering curricula, but dubbed their program “civil” engineering to emphasize the non-military uses of those same constructive and destructive skills.

Since 1802, the impact of the Army Corps of Engineers has been significant, but other military organizations have made notable contributions as well.  One of the more famous of those is the US Navy Construction Battalion Corps, or the “Seabees” (“CB”).  With the start of World War II, two facts became clear regarding the Pacific campaign: 1) the bulk of the fighting would fall to the US Navy, and 2) a campaign that required fighting from remote tropical island to remote tropical island would require construction of many barracks, bridges, hospitals, air strips, harbor facilities, and other infrastructure.  Civilian construction companies were ruled out because the crews would usually be in battlefield situations (often at the forefront of the attacks) that would require them to fight like any other soldier – and civilians were barred from taking part in combat by international law.  So in January 1942, less than one month after the United States’ entry into World War II, the US Navy Construction Battalion was formed, initially staffed with volunteer engineers, construction workers, and tradesmen.  Because of this organization’s dual responsibility – they were expected to build when needed and fight when needed, the Seabees took the motto “Construimus Batuimus” – “We build, We fight”.

And build they did – among the Seabees’ more noteworthy achievements was the construction of a runway at Cubi Point in the Philippines, a project which required moving as much earth as did the Panama Canal http://www.vrc-50.org/cubiconstruction.htm.  And fight they did – not only did Seabees take part in virtually every amphibious assault in World War II, plus extensive fighting in Korea, Vietnam, and numerous other armed conflicts up through today, but one Seabee, Construction Mechanic Third Class Marvin Shields, even won the Congressional Medal of Honor, the highest military decoration awarded by the United States.  No wonder when it was time to film the story of these fighting engineers, John Wayne was selected to star.

From Roman to modern times, it is often the engineer that has been leading the rest of the army – clearing the way or building the bridges, roads, or air strips that permit the rest of the soldiers to reach the battlefield.  So if you meet a veteran today, thank him/her for his/her service.  And if you meet a veteran who served as a military engineer, thank him/her twice – once for his/her service, and once again for making others’ service possible.

Raising a castle or building a ramp?  Why not use CloudCalc?  www.cloudcalc.com – Structural Analysis on the Cloud.