I bet most of you didn’t even know that today, Feb 25, 2016 is “Introduce a Girl to Engineering Day”.  Well that is understandable, as it is stuck right in the middle of a week already packed with more than its share of commemorative days: “Card Reading Day” (is that Tarot or greeting?), “Be Humble Day”, “International Dog Biscuit Appreciation Day”, “National Tortilla Chip Day”, “National Pistachio Day”, and “Polar Bear Day”.

What’s my interest in this event?  Well, for one, I’m an engineer, so like Pavlov’s dogs I perk my ears up whenever I hear the word “engineer”.  Secondly, I’m trying to peddle a product to engineers, so the bigger that market is, the better off I am.  (Currently only about 25% of the visitors to the CloudCalc website are female, so if women were equally interested in structural engineering as men are, then my potential market would be at least 50% larger than it currently is).  And the third factor, I have two daughters – what proud father doesn’t want to see his offspring follow in his footsteps?

(By the way, if you want to introduce a girl to a truly inspirational woman engineer, show her this article on Emily Warren Roebling, the woman responsible for the Brooklyn Bridge. And if you are looking for a way to introduce young girls to engineering, here is an article on one such method,  “Goldieblox”.)

“Introduce a Girl to Engineering Day” was created in response to the large gender disparity — seen in not only in the traditional engineering disciplines, but also across the larger STEM (Science, Technology, Engineering, and Mathematics) world.  True there has been some progress since Elmina Wilson reigned as the “First (and nearly only) Lady of Structural Engineering” around the turn of the 20th century, but not a lot. 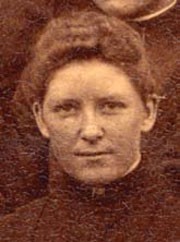 The good news?  The percentage of women among engineering students in the United States has climbed over the past 25 years, to a “high” of approximately 19%.  The bad news?  Over 40% of those women engineering graduates either never enter the engineering profession, or drop out of that profession within a few years (a rate four times as high as that of men), reducing the percentage of women in the engineering work force to a paltry 11%.  The software development world nearly mirrors those stats – 18% of computer science students are women, but recent data has shown that women hold less than 15% of the technical positions in Silicon Valley.

So there seem to be some easily identifiable problems causing the imbalance: 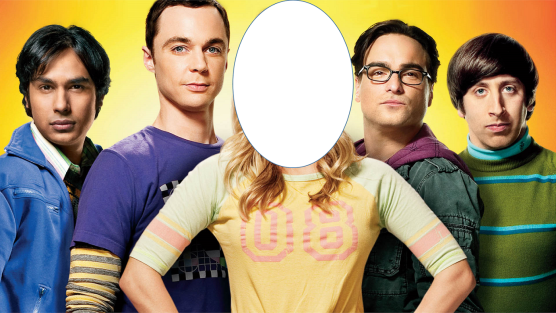 Socially awkward geeks stuck in labs solving esoteric problems? What woman wouldn’t want to fill the opening on this team?

So that’s the situation, what’s the problem?  Well the engineering industry is missing out on the talent of a large segment of the population, at a time there is a pressing shortage of technical workers.  And this is a problem that is only going to worsen, as today only 43% (and falling) of all college students are male.  So if women aren’t going into engineering, where are tomorrow’s engineers going to come from?  (And how do we entice men back to college?  I promise to solve that one in a future blog article.)

So that’s the problem, what’s the solution, and who’s responsible for solving it?  Those questions are much harder to answer.  The solution has to come from many fronts – improving the pipeline, eliminating bias (even when it’s hard to see), changing workplace culture (in a million individual workplaces), etc.  Who’s responsible for solving it?  Well that is difficult to say as well, because although technology firms benefit the most financially from solving the problem (it would increase the pool of qualified candidates to hire from), others with less of a financial stake are often in better position to influence things (for example, K-12 teachers can better influence the pipeline).  The truth is, it probably requires multiple efforts, aimed at both the short term and the long term, by multiple parties.  Bias can be reduced through HR policy changes such as instituting blind hiring and promotion reviews.  The grass roots social media campaign #ilooklikeanengineer has provided role models. 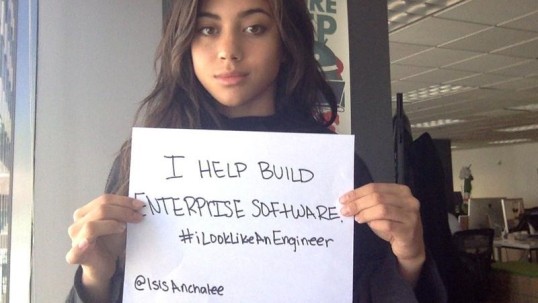 Last week I spoke with Dr. Nada Anid, Dean of New York Institute of Technology’s School of Engineering and Computer Science (where I serve on the Executive Advisory Board), about this – an issue dear to her heart.  She understands that increasing the level of enrollment of women (as well as under-represented minorities) in her school is a long term effort involving a two-fold approach: making changes at the university level plus spearheading efforts to win the hearts and minds of girls who may not be entering college for many more years.

On the college level, the university’s curriculum can offer increased engineering content to cater to the stereotypical desire of women to “help”, or be creative.  In today’s world, the opportunities to help through science are great – whether trying to improve the environment or infrastructure, save lives through biomedical discoveries, etc.  And creativity and technology are now inseparable, since the inception of the iPhone and similar devices.  This points to a broadening of the engineering curriculum from traditional “hard engineering” subjects such as electrical engineering to others such as bioengineering, environmental engineering, chemical engineering, and mechanical engineering.  Nada’s pitch of: “Imagine inventing the next micro device that will cure cancer, the next artificial lens that will help the blind see, the next robotic phone…zero-emission cities, custom-made apps, mood-changing perfume…Science and Engineering make all of this possible.” is a pitch that appeals to women (as well as anyone else living in the modern world).

While wondering if an approach like this made sense, I thought back to my experience attending MIT.  The class of 1978 was heralded as the first class to achieve 10% female enrollment; today the ratio is just about 50-50.  How had they managed it?

Basically in this same way – by expanding focus and resources dedicated to those STEM disciplines which might appeal more to women.  So while Nuclear Engineering (26% women), Aeronautic Engineering (31%), and Electrical Engineering (32%) are still male-dominated, fast growing fields such as Earth Science, Brain and Cognitive Science (I don’t even know if that one existed when I was at MIT), and Biology have female ratios of 79%, 70%, and 69% respectively.  So this method can work.  My only question?  Considering that 65% of the combined Civil Engineering and Architecture students at MIT are women, how come only 25% of the visitors to my CloudCalc app are women?  Come on you Course I/Course IV-ers, get with it!

The second prong of Nada’s campaign is to prime the pipeline by exposing girls to science and engineering as early as possible.  “There’s a shortage of engineers in the US, and that’s why educators have a charge to strengthen the STEM pipeline.  That starts in kindergarten,” she says.  And where is the low-hanging fruit when it comes to strengthening the STEM pipeline?  With the girls.

So NYIT has taken a lead in promoting this.  Events tied to “Introduce a Girl to Engineering Day”   and the “Connect-to-Tech High School Competition” bring hundreds of girls to campus each year, where they may experience engineering opportunities for the first time ever.

These efforts are already showing an impact.  Four years ago, in order to guarantee female participation, the rules of the Connect to Tech Competition required the inclusion of at least one girl on each team.  And last year?  Totaling competitors on all teams, last year the girls outnumbered the guys.

Broadening the engineering curriculum, priming the pipeline…there’s only one thing Nada won’t change when trying to attract women to the engineering world…remaking that world’s geeky image.  “’Nerd’ is the new cool,” she says.  So let’s all embrace it.

OK, so the goal of “Introduce a Girl to Engineering Day” – to expose girls early to engineering – is a great idea in theory, but it doesn’t always work (or appear to work).  How do I know?  Exhibit A and B, my two daughters.

Growing up with me, they certainly got plenty of exposure to STEM topics.  And certainly I never missed an opportunity to suggest the benefits and attractions of studying engineering or computer science.  However, it was very clear that neither of them were interested and they went on to major in International Relations/Security Studies and Film Production.

So maybe I was a little disappointed but I believe that it is better to study and work in a field that one loves, rather than to follow someone else’s advice, so I was happy for them.  But then things began to work in a mysterious way…

My one daughter, who was studying security studies because she “wanted to catch the bad guys” (terrorists, etc.) began to realize that the next wave of “bad guys” would be fighting cyber wars.  So suddenly she is studying cyber security at the master’s level, and happily absorbing the contents of her computer science classes.

My second daughter, after holding a number of film editing positions, realized that she actually enjoyed sitting in front of a computer for long hours using technology (the film editing software); she also realized that she needed more capabilities than she got from the canned software packages.  So she started a self-directed programming course, fell in love with the way that software development skills could unleash her creativity, and has now enrolled in a coding boot camp here in Houston.

So go ahead and introduce a girl to engineering today…and tomorrow, and the day after.  Who knows?  Maybe one day she’ll create a life-saving medical device, engineer the next hot smart phone, solve global warming, develop a viral app, or – my personal preference – design the building that you work or live in.

Wondering how to Introduce a Girl to Engineering?  Encourage her to design that building you work or live in by signing her up on CloudCalc, the scalable, collaborative, cloud-based structural engineering software.  www.cloudcalc.com – Structural Analysis in the Cloud.

3 thoughts on “Happy “Introduce a Girl to Engineering Day”!”